See the News segment with Dr. Schneider.
By ABC7.com staff
LOS ANGELES (KABC) –
Researchers at the University of Southern California are working on a vaccine to help treat Alzheimer’s disease. Every 66 seconds, someone in the U.S. develops Alzheimer’s disease and one in three seniors dies of Alzheimer’s or dementia. There is no cure but there are options for treatment. Dr. Lon Schneider, director of the California Alzheimer’s Disease Center at USC, shared news about a new vaccine being developed. Researchers from the center are starting up tests in August with a vaccine that is directed against one of a proteins in Alzheimer’s disease called amyloid. They plan to give the vaccine to people, mostly in their 60s and early 70s, who are at high risk for developing Alzheimer’s. The idea is to treat those high-risk people with the vaccine and follow them for several years to see if it can delay the illness. This ABC7 News segment includes USC ADRC’s Dr. Schneider speaking about the vaccine trial: http://bit.ly/2rtJ4Hb 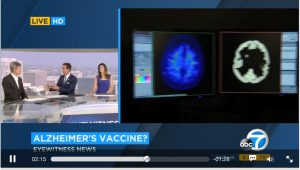 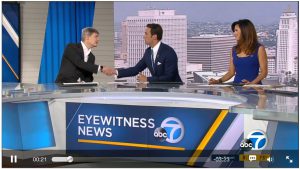 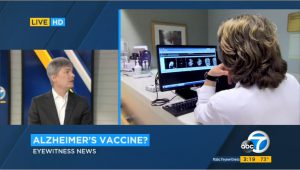